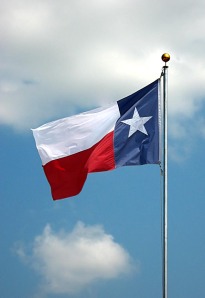 Today, the Texas House will not address closing the Texas-sized deficit. Nope. Instead it will hold a hearing on banning “sanctuary cities” and other nonsense legislation aimed at appeasing its conservative base and alienating the Latino population.

From the Dallas Morning News:

The State Affairs Committee takes up several bills designed to punish cities or other entities that adopt policies limiting police or sheriff’s officials from enforcing federal immigration laws. The bill would withhold state grant money and other funding and allow the Attorney General to sue if such policies become known. Gov. Rick Perry has condemned such so-called sanctuary cities, although he has declined to name any cities that have such policies.

The House is pursuing this harebrained idea despite the protest of much of the state’s police and without much regard to the financial strain it will add to local governments.

Dallas County Sheriff Lupe Valdez said the county jail already holds 3,200 undocumented inmates and costs $6 million a year. This legislation would add about another $1 million to that bill, she said. A cost estimate done by the city of Houston and Harris County said implementing the legislation would cost local taxpayers $4.5 million a year, including 22 officers for immigration functions, 33 jail guards for additional prisoners and increased jail and housing costs.

There will be a lot of hearings in Texas similar to this one.  Republican legislators have been tripping over each other to file anti-immigrant and anti-Latino bills, which is really puzzling considering the 2010 Census numbers confirmed what everyone already knew: Latinos in Texas will soon be the largest ethnic group.

Harold Meyerson of the Washington Post wrote about the growth of the Latino population and the Republicans all out effort to alienate Latinos:

Not today, to be sure, nor tomorrow. But to read the newly released census data on the Lone Star State is to understand that Texas, the linchpin of any Republican electoral college majority, is turning Latino and, unless the Republicans change their spots, Democratic.

The GOP in Texas, though, is showing no sign of changing its spots. They’ve done the opposite. You would think after what happened to Sharron Angle in Nevada or all the Republicans in California that Republicans would know better than to actively agitate and enrage the fastest growing voting bloc in the state. Nearly half of all Texas under the age of 18 are Latino, a staggering statistic. Talk about sacrificing the future for a fleeting victory today.

Of course we shouldn’t wait until all these young Latinos are of voting age. We should let the GOP know today we do not want Texas to follow Arizona’s lead. The Reform Immigration FOR America campaign is encouraging people to send faxes to their Texas representatives. Go here to send yours.

This entry was posted in enforcement, State Level Immigrant's Rights. Bookmark the permalink.