The Marchers have made it to the White House. How different it must feel to be marching towards a White House occupied by a President who is making good on his promise for immigration reform… I LOVE this shot with the Casa Blanca in the background. Oh man I can feel the energy from 16th Street! 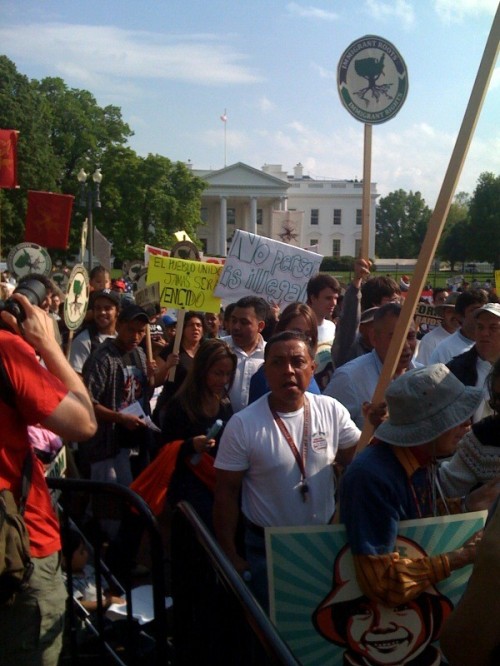 The SUN has come out here in DC and people are crowding the streets of Downtown on their way to the White House! 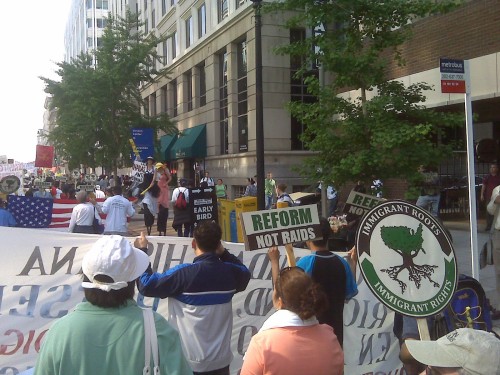 SEIU showing the solidarity of the Labor Unions behind Comprehensive Immigration Reform. This year, we have built a true coalition of support for CIR. Also, I love the purple t-shirt!

An estimated 100 people are heading down 14th Street in Washington, DC on their way to the White House. They will meet up with an even bigger group in Lafayette Park, in front of the White House.  Looks like a great time out there – I’m loving all of the signs. 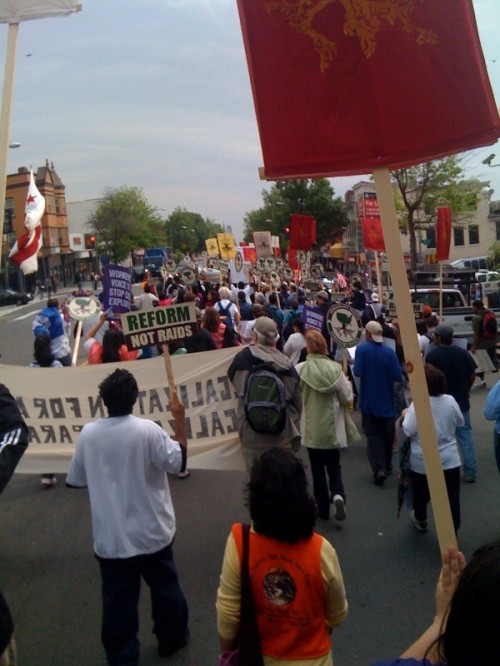 Just got word that the march to the White House has begun. People are chanting, carrying signs and enjoying the energy! A la Casa Blanca! Si se puede… 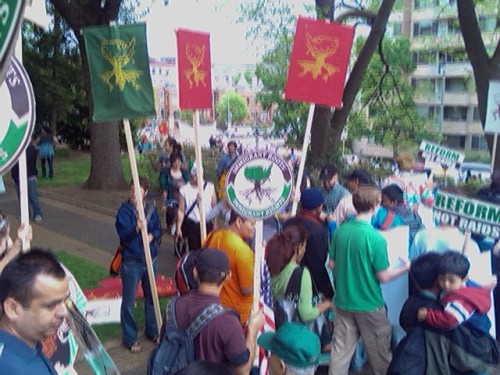 My colleague Eddy prepping for the march to the White House. Looks like despite the rainy weather there is a good turnout. 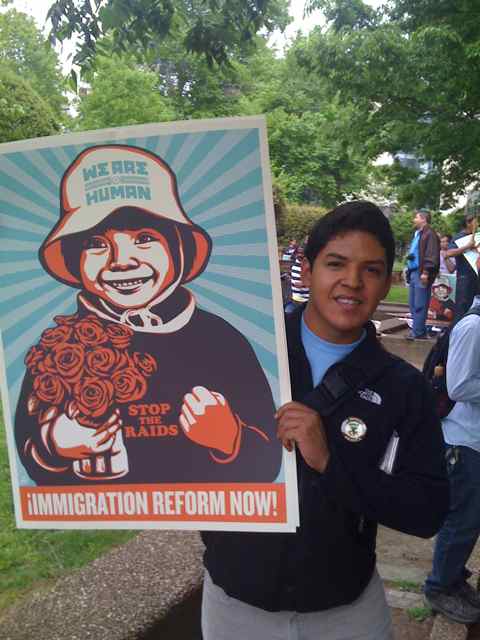 Despite the rainy weather, people are beginning to gather in Malcolm X park here in Washington, DC. They are gearing up for the big march to the White House at 4:00pm.

A marcher is being interview by a TV reporter about the 2009 events! 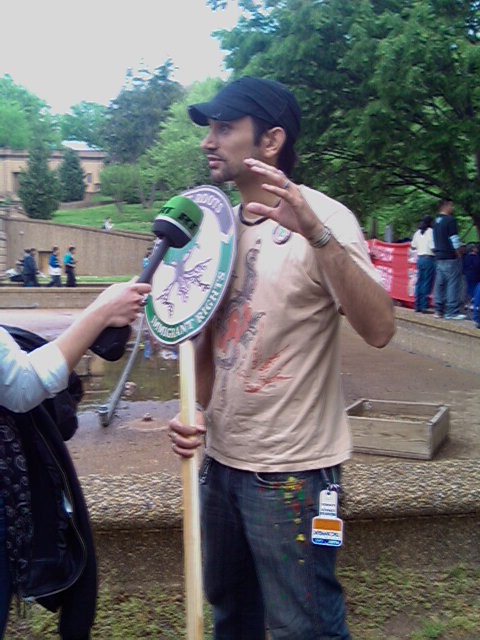 Very cool message from some people marching in the DC event. 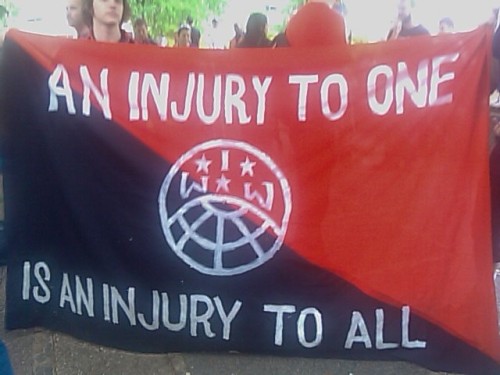 Check out the homemade banner! 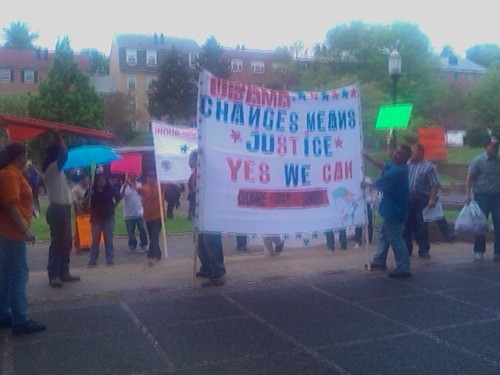 With a potential ally in the White House and two of the largest unions joined in the fight for immigration reform, hundreds of pro-immigrant community members will TAKE IT TO THE STREETS  in the nation’s capital today! 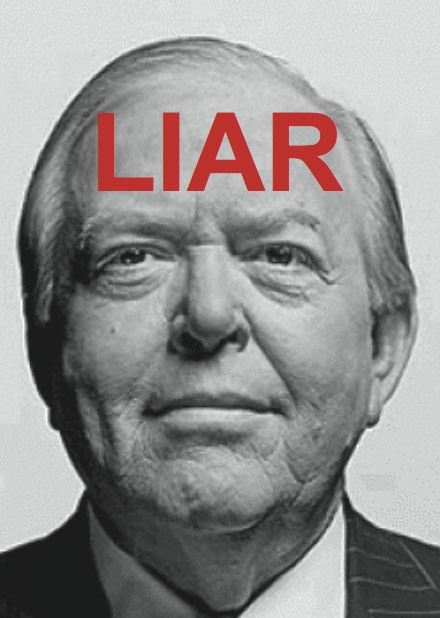 The rally starts at 3 p.m. at Malcolm X park and will go to Lafayette Park, in front of the White House. I just got this pic from one of my friends who will be marching today. This is just one of the great signs folks will be carrying. Fight the lies and the hate speech!

This entry was posted in Uncategorized. Bookmark the permalink.