Just heard from my friend Nathan in Chicago that one of the marches there is wrapping up. Despite on and off light drizzle,  an estimated  five to seven thousand people gathered at Union Park in Chicago and  marched to federal plaza. The march consisted of a diverse group of people and organizations calling for just and humane immigration reform including a moratorium for raids and deportations and legalization of undocumented students, workers and their families.

When I asked Nathan what the general mood of the march was he responded…  Could se si puede be considered a mood? My answer: absolutely!

Here are some GREAT pics from the event. 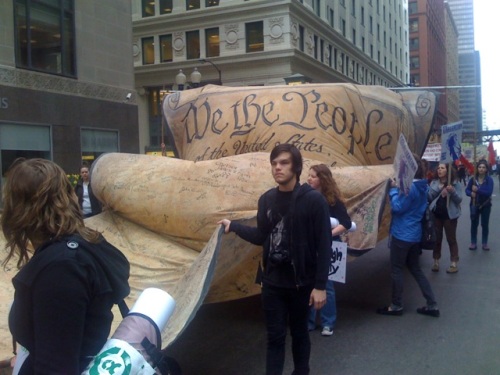 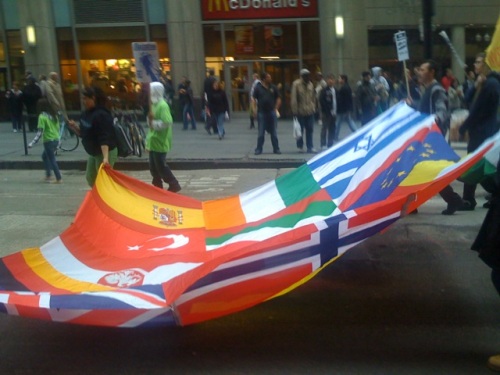 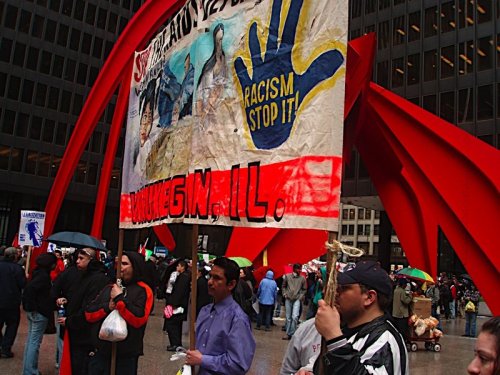 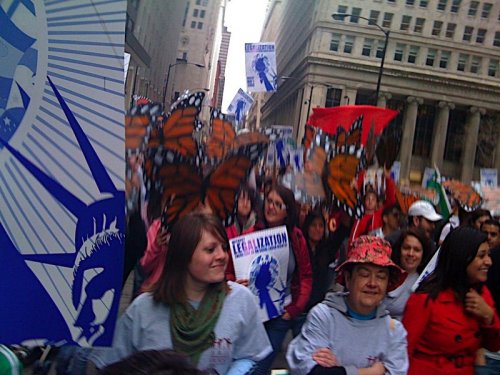 The crowds are starting to gather in Chicago.

They’re chanting and carrying banners demanding citizenship opportunities for the estimated 12 million illegal immigrants in the U.S. and an end to raids and deportations.

This entry was posted in Uncategorized. Bookmark the permalink.