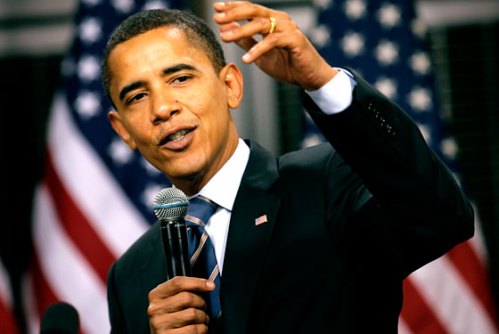 This morning, the Congressional Hispanic Caucus sit down with President Obama for the first time in his new administration. Top priority on today’s agenda will be the need for comprehensive immigration reform.

CHC is eager to hear the president’s ideas and proposals for tackling immigration reform, not only regarding a comprehensive reform bill that could provide a pathway to citizenship for millions of undocumented workers but also as it relates to rolling back Bush administration policies of raiding workplaces and detaining and deporting thousands of illegal workers.

CHC members came away from a recent meeting in the Capitol with Department of Homeland Security Secretary Janet Napolitano — a day after her Senate confirmation hearing — very encouraged that the workplace-raids policy would be fully reviewed and possibly altered.

Yet, CHC has expressed frustration that Obama has not yet gotten the message on how damaging the raids are to Hispanic communities across the country.

CHC has made the raids and their human cost the new focus of its immigration reform push, although a comprehensive reform bill remains very much a priority for the group, and one that it is encouraging Obama to push.

I will be sure to keep you posted on any news coming out of this meeting. It certainly feels like the demand for comprehensive reform is growing louder by the day. Let’s hope the administration hears us loud and clear.